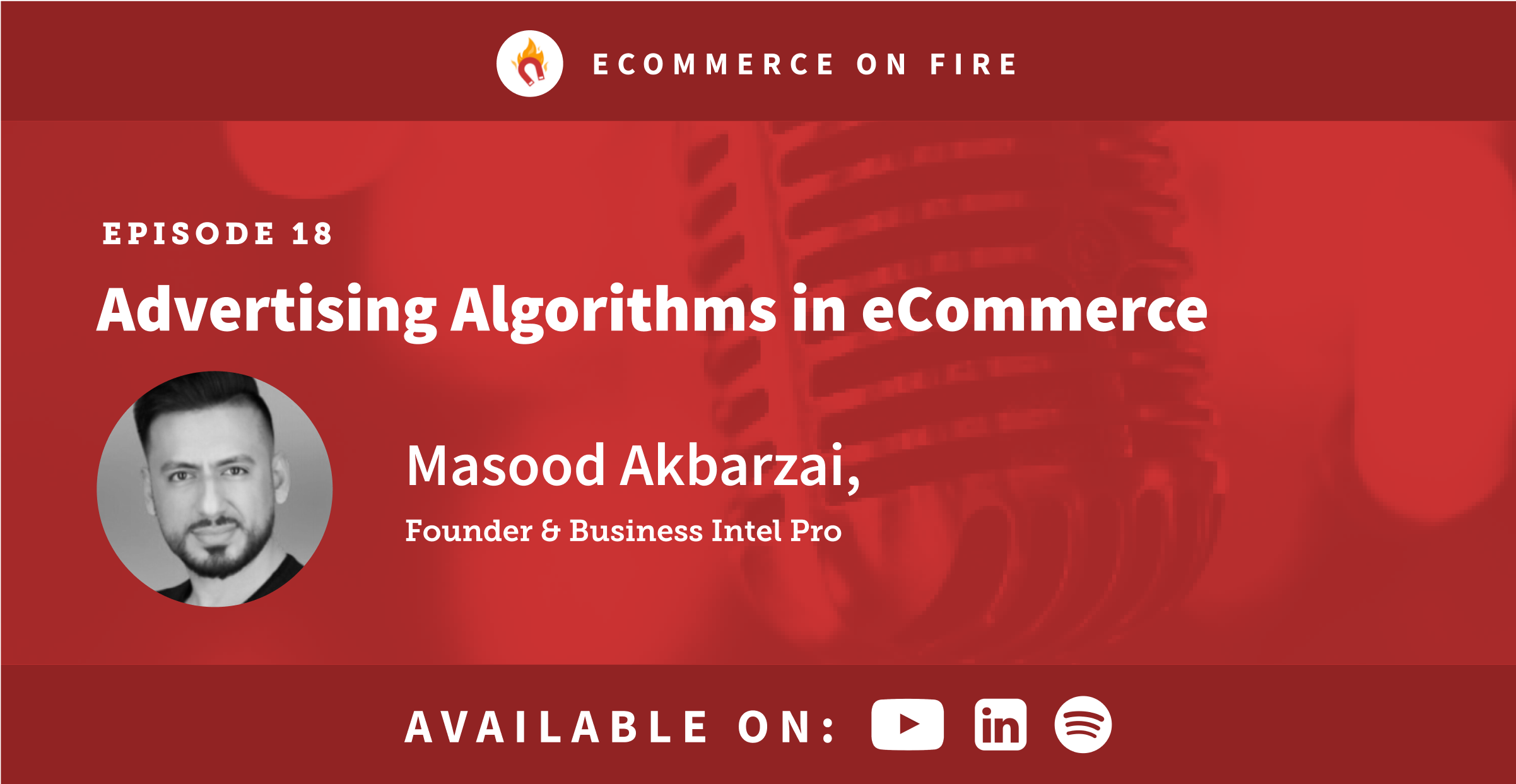 I am joined by my good friend, Masood Akbarzai who is the founder of Business Intel Pro, which is a digital marketing consultancy and media buying company.

I am joined by my good friend, Masood Akbarzai who is the founder of Business Intel Pro, which is a digital marketing consultancy and media buying company.

What’s your background and how did you start in Marketing?

My background is anything within science, technology, engineering, mathematics and entrepreneurship and my early career is involved mostly with engineering works and then using social media. The social platform goes back all the way to 2004 from the age of Orchard and MySpace and then using the social and digital channels for some of my own business and helping friends and other businesses to the point of helping agencies. And now the rest is history we’re an agency ourselves. So, Yes, I've worked with Ecom and some other industries and it's been a great journey thus far and meeting people like yourself at Magnet Monster through Linkedin and you’re now a very close friend.

Why did you transition from engineering to marketing?

I think marketing chose me, and I think that would be true for a lot of people in the industry.

I was mostly involved with reverse engineering and mathematical models, and then I was also passionately involved with the social platforms and spending a lot of time with the digital interface and seeing those similarities and then using them to my advantage and helping other people intrinsically then led me to to the digital world, and I've enjoyed it. You know, it's something that I don't consider work, when I'm working I am not working.

Has your background in mathematics and engineering helped you in the work that you're doing today and if so, how?

So in my early career, working with algorithms and mathematical models and reverse engineering system has had resemblance to what happens in today's digital world and how the algorithm works and distributes and proliferates information, data and content. So there's a lot of similarities, which I have been using for years now, and I'm still learning spending most of my time in dissecting and researching all of that. And I think marketing and especially the digital marketing space is psychology and mathematics in essence. It is first psychology where you put something out which you believe will attract people and use them to collect data and then interpreting that; And the mathematics part of it is you're trying to understand the data that comes with your numbers, such as your ROI, your conversions and what are the CPM and all that. So it's a combination of both.‍

Let's dig a little bit deeper into some of the algorithms: what are some of the key changes that you're seeing at the moment with Facebook, Instagram and Linkedin?‍

So I think the biggest challenge in 2021 will be the iOS apocalypse, marketers and brands will have to get really good with making that initial guess so I think hyper targeting will be a big thing where everybody will have to really get good at to make a good return on your cold top of the funnel. So marketing is mostly in the things that are illogical and counter intuitive that actually work. If you look at the social interface, you know, dumb things go viral, you'll have any things that are counterintuitive and then with a mix you actually follow with your network and what you've learned from other people and what works, what doesn't work by keeping in mind that you don't abuse that signal to noise ratio because if it is something that  everybody is doing, even if it makes sense, it will become noise, and eventually it will not work. So if you go to, for example, Facebook business manager and you put in an interest and then a sub category with a list of all other interests that you can try and run ads, your competitor will be at that stage and they will see that, and they will use that as well. And that makes that niche market not niche anymore, which is why hyper targeting will become a very, very important avenue, given now the iOS is restriction where you can use niches that other people may not have done, that will require a lot of understanding, knowledge and research and perhaps real time research service by influencing marketing to make those educated guesses.

‍So are you recommending the brands to narrow it down and go more concentrated with the targeting?‍

The broad strategy was our lethargic way of leaving everything with the algorithm to do the leg work and the algorithm is now a little hurt, it cannot crawl beyond a specific period of time to look for all those behaviors and collecting information so I think third party tech startups will be big as well, especially in the space of tracking. Even the Facebook Pixel is not great either, it has leakage and doesn't always give you the right information, so you cannot leave that broad exercise anymore with the algorithm, especially with Facebook and Instagram ads because the algorithm itself will not be able to learn as much and retain that information from the cookies that it collects because the cookies are restricted now.

I think it's a far better strategy now to put more effort into the top of the funnel called campaign.‍

Some people are saying that all the ads on Facebook and Instagram at the moment look the same as each other, are you seeing any specific types of content outperform?‍

Most brands will send a product to an influencer and then ask them to make a video, they then put in their ads and use that as a strategy. I think a little out of the box approach where you've done something that everybody else is not doing, and yet it is relatable is more efficient. What really works well in marketing is if you've got the three components: relatability, novelty and complementarity. Anything relatable that can catch our attention will have a longer attention span. Novelty is having a little bit of something that everybody else is not doing, it can be a piece of information, for example. And complementarity is what you and I are doing right now: you offer XYZ and I offer ABC and together we're finding a way  to share our knowledge and experience with your audiences, for example.

So having those three components, you know, if you can play them well, it works really well.‍

What do you think about TikTok coming up as an ecommerce?‍

So I personally haven’t got experience with TikTok, there's so much you can do with all these platforms. TikTok is born for people who love followers, so what they've come up with is a way of giving you loads of followers in a short period of time, and people grow faster as well. And the way they've done is that we will figure out a way of how to clutter our users with the content fatigue and span and will keep the videos so short that they're in a reel and they're constantly moving. TikTok is a great avenue, but, you know, your exposure window is way too short, and I'm assuming that the attention span is a lot shorter as well than other platforms. So I would go to TikTok if you've already outperformed on a very short video elsewhere and it's doing really well for you. Another thing that I would do is when platforms are young and the organic reach is right, it is actually the paid media that's a better avenue for you as well and it is cheaper. My hunch is that CPM will be cheaper and reaching a number of clicks on TikTok will be a lot cheaper than Instagram and Facebook.

Some people have had really good results with Snapchat maybe because most people like me don't like it so it makes Snapchat a place with probably a bigger void where you can use that and run some traffic for you.

Social listening is a crucial element as well, you can observe what’s your audience or customers’ reaction in real time to your product. Running engagement ads or running engagement campaigns is very important for you to the segment and I'm sure you could do that with the email as well, send stuff out to different groups of people and see what actions they take after they received that and then that'll show you their actual intent and behavior towards what you're doing.‍

What do you think's going to happen to the acquisition strategies in general? Do you think people will look for new channels?‍

I think with time, people will improvise and evolve and they will diversify. They will go to different channels and within the channel that is getting a little congested with more people coming in, they will improvise something different. You can always find ways if we're talking about Ecom. I think with the arrival of all the big brands now to the social space and they're buying a lot of media, it will intrinsically make CPM expensive, I'm assuming with the iOS that will lower it a little bit. I think people will evolve over time and they will find different ways, people are selling their Ecom products on a podcast. People talking about it, you know, live streaming as well. I see that, in fact, quite a few brands at the moment drive huge amounts of sales through live streams on Instagram. 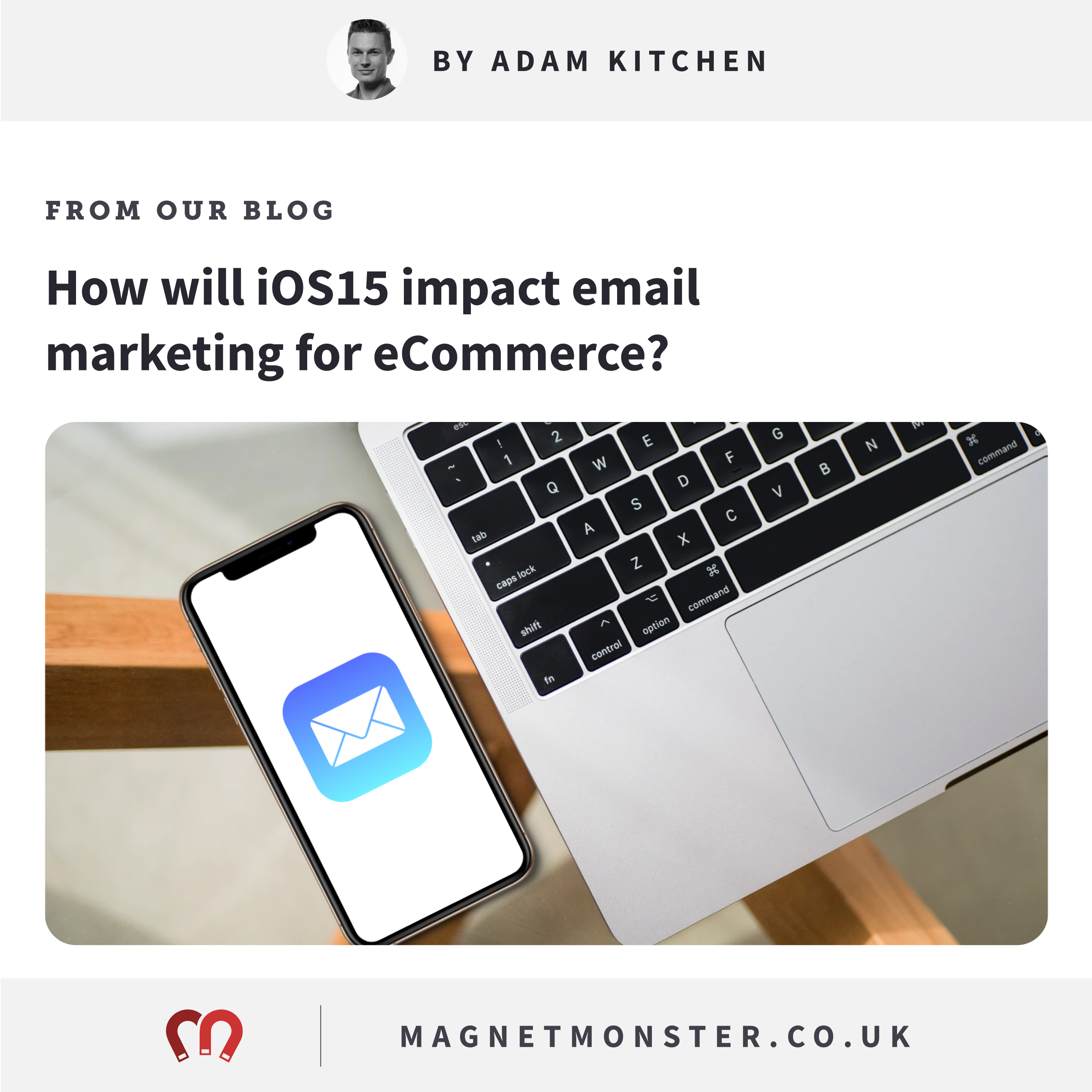 How will iOS15 impact email marketing for eCommerce? 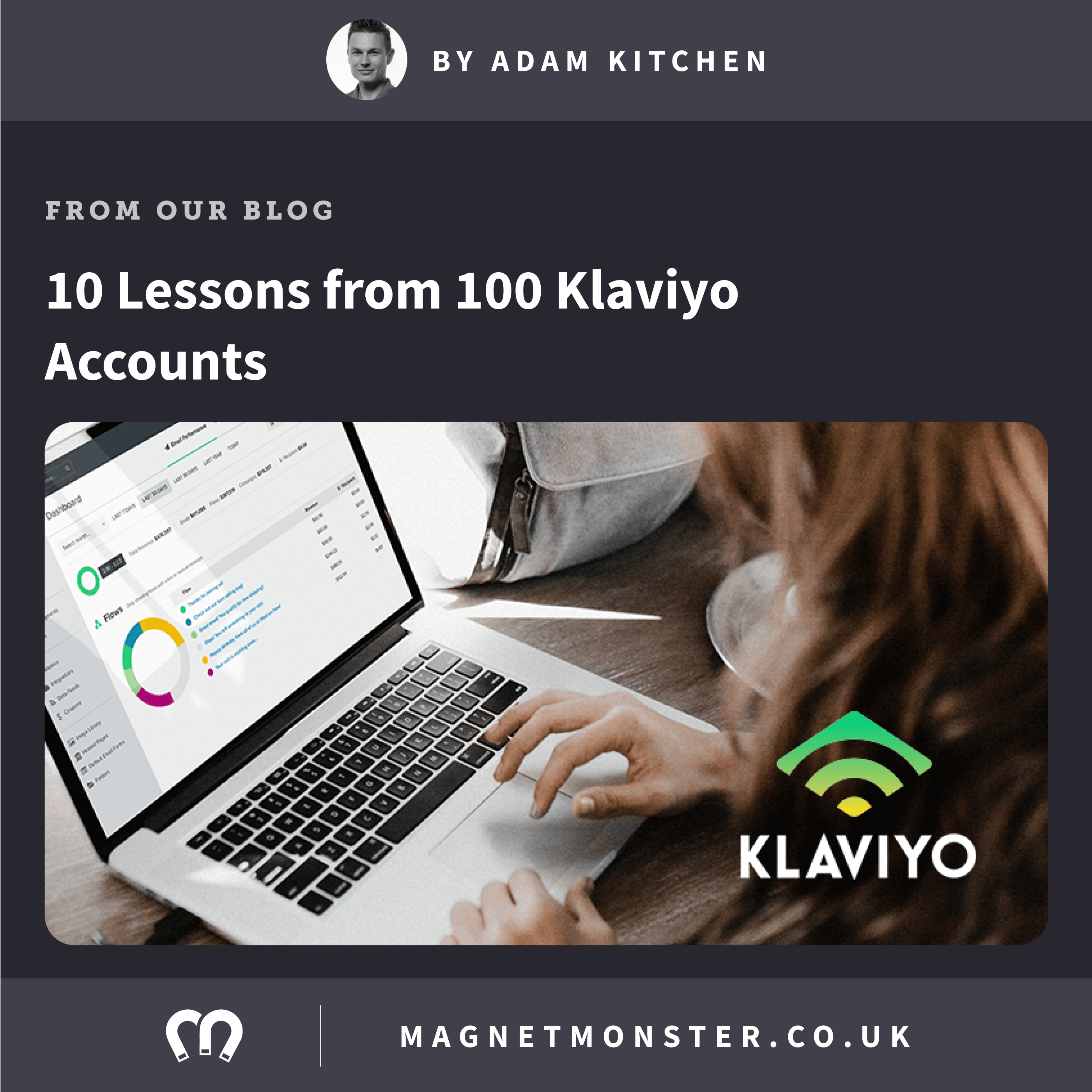 10 Lessons from Auditing Over 100 Accounts in Klaviyo 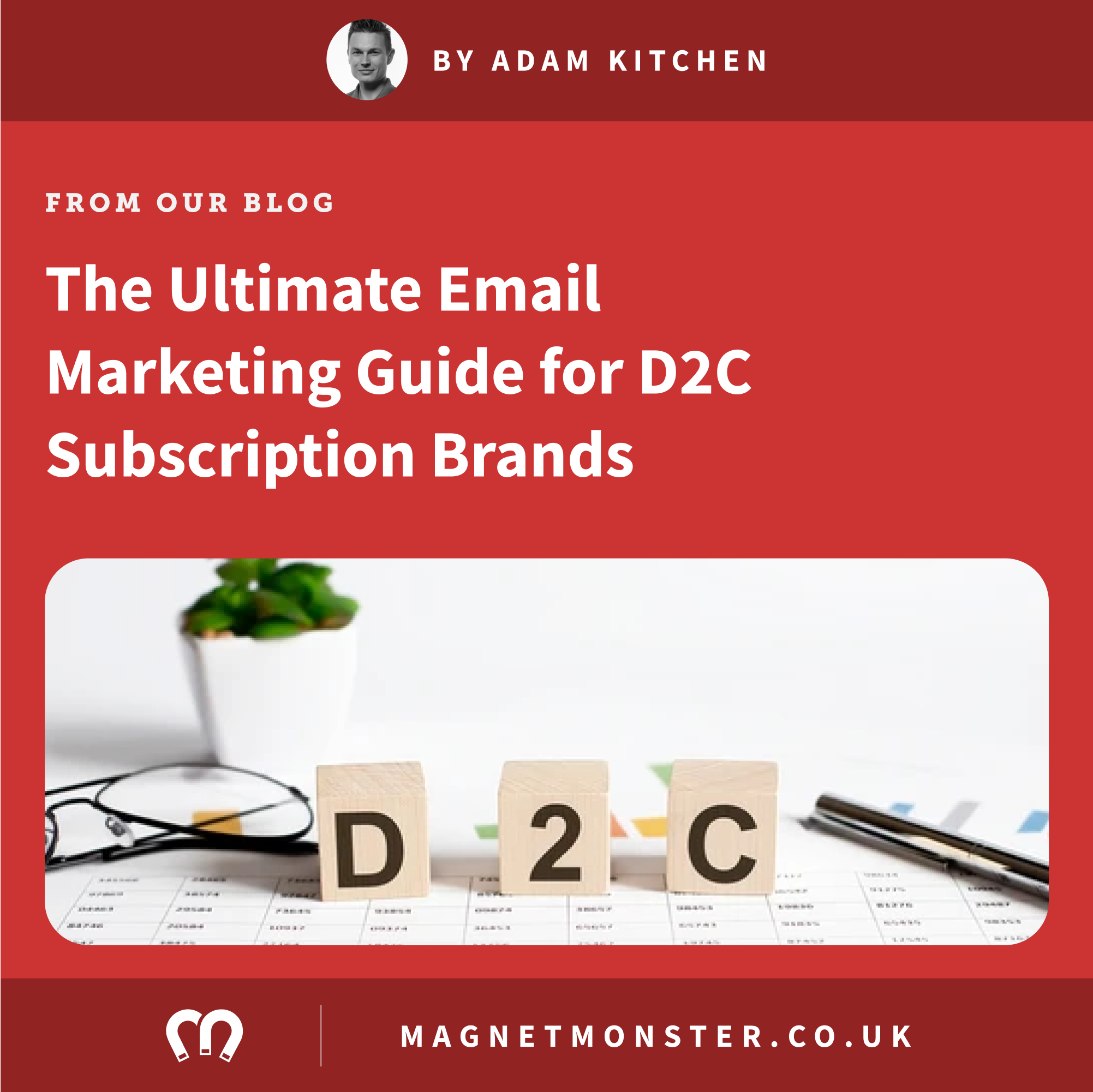